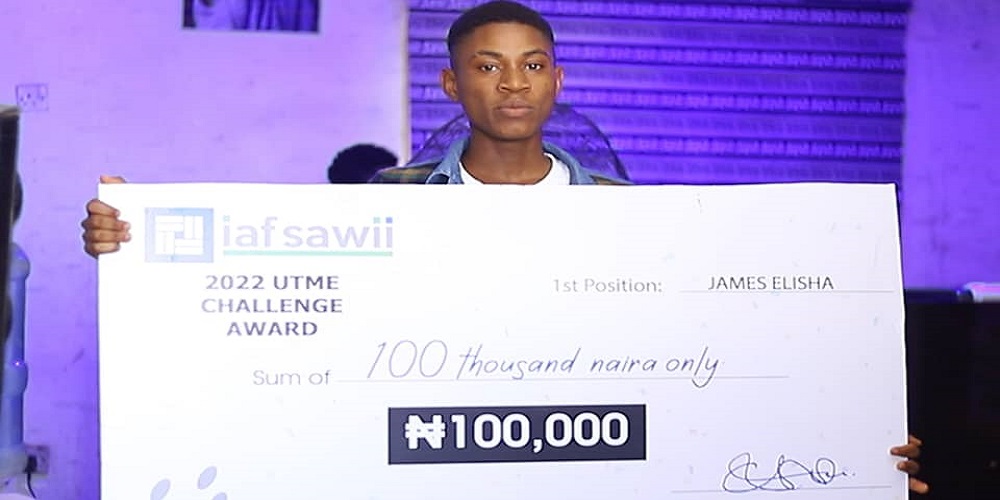 Prior to 2022, James Elisha Onuche had sat for JAMB UTME twice, in his strive to study Mechanical Engineering at the prestigious University of Ibadan,Oyo State, He was keen to do something different in his preparation for 2022 UTME. His search on the internet led him to TestDriller UTME app, a UTME practice software that simulates JAMB UTME examination and exam conditions, among other features.  James Elisha would go on to obtain his highest ever score in a UTME examination, 335. (JAMB REG NO:202210471656CA).

James began practicing earnestly with TestDriller UTME since late 2021, and would participate in the weekly UTME Challenge, where you compete  with JAMB prospective candidates all over the world, to win prizes. His subject combination for both the challenge and his UTME examination was Use of English, Mathematics, Physics and Chemistry.

James Elisha's scores over different rounds of UTME Challenge showed a consistent high level performance. He would go on to score an impressive 335 in 2022 JAMB UTME examination.  This led to James being shortlisted for IAF SAWII (TestDriller) Scholarship. After scaling the scholarship interview, James was selected as one of the three winners for IAF SAWII 2022 scholarship awards.

Click here to Watch James talk about how he scored 335 in 2022 JAMB UTME examination.

The story of James Elisha Onuche, who hails from Olamaboro, Kogi State is an inspiring one. You too can write your story for 2023 JAMB UTME, no better time to start than now, Click here to Download Testdriller UTME 2023.

TestDriller UTME is a Computer-based Testing and Learning Application that enables students sitting for Unified Tertiary Matriculation Examination (UTME) to challenge their preparedness. It is by far the best JAMB CBT Practice Software available in Nigeria. This is available for both Android and windows devices.  Click here to download.

Latest JAMB and WAEC requirements for all Courses by Universities and Schools 2023, Catchment Areas for all Institutions

Practice with the best CBT software

Learn with innovative tools and excel in your forth-coming exam